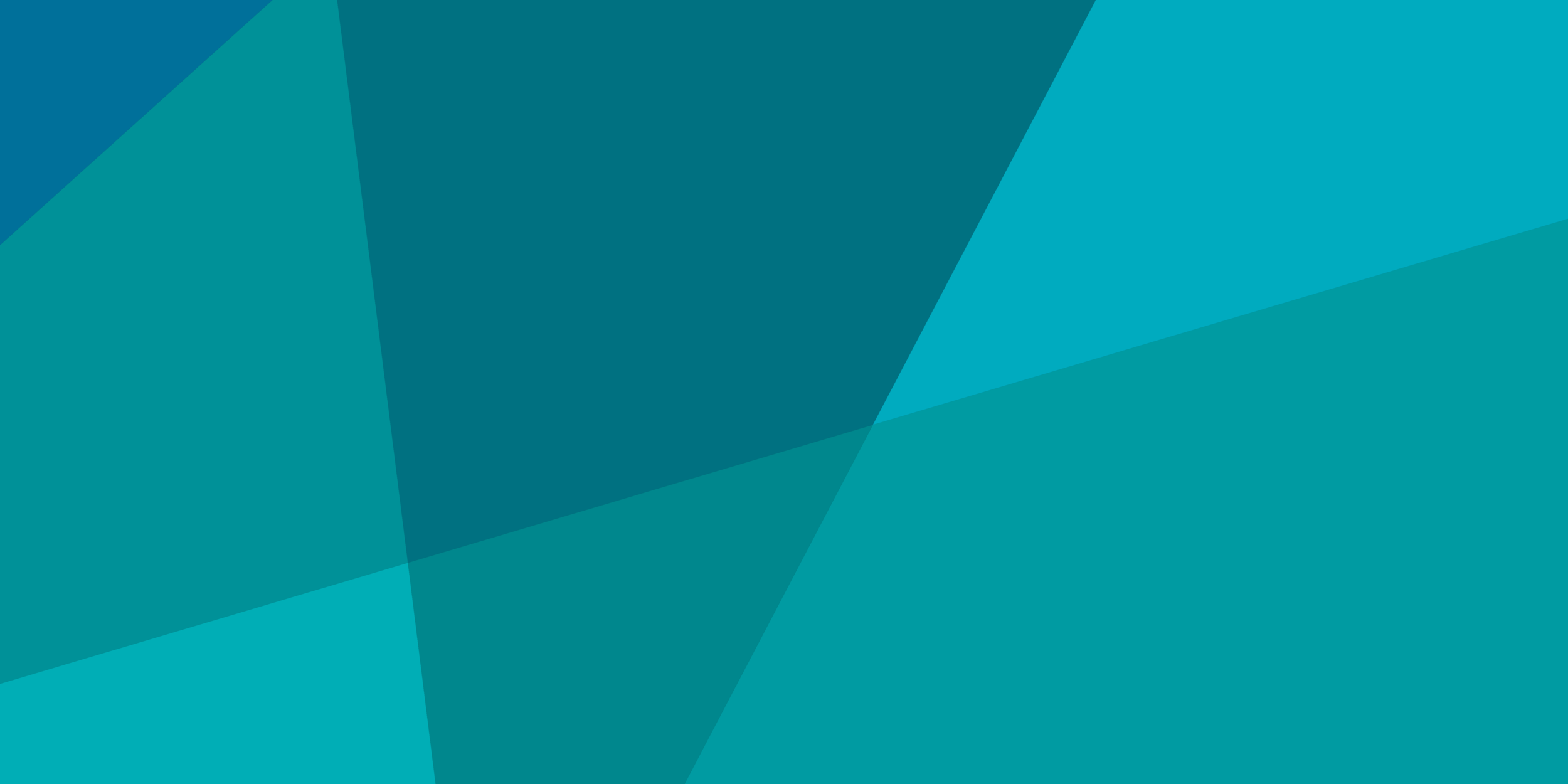 Back to Blog Posts

Article 15-A of the Executive Law, signed into law on July 19, 1988, authorized the creation of an Office (now Division) of Minority and Women's Business Development to promote employment and business opportunities on state contracts for minorities and women. Under this statute, state agencies are charged with establishing employment and business participation goals for minorities and women.Article 15-A has nine sections. This summary is intended to familiarize you with major portions of the law. Rules and regulations providing specific instructions and criteria for implementing the program are available by contacting the Division of Minority and Women's Business Development in New York City or Albany.

Section 310: DefinitionsMINORITY OR WOMEN-OWNED BUSINESS ENTERPRISE (MWBE):At least 51% owned and controlled by the minority members and or women;The minority and or women ownership interest, is real, substantial and continuing;The minority and or women ownership has and exercises the authority to independently control the day-to-day business decisions;Independently owned, operated and authorized to do business in New York State.NOTE: Businesses eligible to participate in the program must be owned and operated by women and or minority group members who are citizens of the United States or permanent resident aliens. Generally they must be in operation for at least one year.MINORITY GROUP MEMBER:A United States citizen or permanent resident alien who has and can demonstrate membership in one of the following groups:Black persons having origins in any of the Black African racial groups;Hispanic persons of Mexican, Puerto Rican, Dominican, Cuban, Central or South AmericanDescent of either Indian or Hispanic origin, regardless of race;Native American or Alaskan native persons having origins in any of the original peoples of North America;Asian and Pacific Islander persons having origins in any of the Far East countries, South East Asia, the Indian subcontinent or the Pacific Islands.CONTRACTOR:An individual, a business enterprise including a sole proprietorship, a partnership, a corporation, a not-for-profit corporation, or any other party to a state contract, or a bidder in conjunction with the awarding of a state contract or a proposed party to a state contract.STATE CONTRACTS:A written agreement or purchase order instrument providing for a total expenditure of more than $25,000 by a contracting agency in return for labor, services, supplies, equipment and or materials or any combination of the foregoing or providing for a total expenditure of more than $100,000 by a contracting agency or by the owner of a state-assisted housing project in return for the acquisition, construction, demolition, replacement, major repair, renovation or improvements of real property. The term "services" does not include banking relationships, the issuance of insurance policies or contracts, or other contracts for the sale of bonds, notes or other securities.

Section 311: Division of Minority and Women's Business DevelopmentThe Division of Minority and Women's Business Development administers, coordinates, and implements a statewide program to assist the development of M WBEs and facilitate their access to state contracting opportunities, and promotes equal employment opportunities. Through the process of certification, this agency is responsible for verifying minority and women-ownership and control of firms participating in the program .The powers and responsibilities of the Director are to:Assist state agencies in their efforts to award a "fair share" of contracts to MWBEs;Develop standardized forms and reporting documents for purpose of implementingArticle 15-A;Conduct educational programs to facilitate access to assistance under the program; periodically review agency practices and procedures to determine compliance with program requirements;Report annually to the Governor and Legislature;Prepare and maintain an updated directory of certified minority and women-owned firms;Appoint independent hearing officers to preside over certification appeal hearings;File complaints for violations in regard to equal employment opportunities;Streamline the state certification process to accept federal and municipal corporation certificationThis provision further authorizes the Director to provide necessary technical assistance to the businesses (applicants included) to ensure that they benefit from business development programs. This would include a review of bonding and paperwork requirements imposed by contracting agencies which may be burdensome to M WBEs. The Director may, either independently or in conjunction with other state agencies, develop a clearinghouse of information regarding services available to assist business owners.

Section 311-a:  Minority and Women-owned Business Enterprise Statewide AdvocateThis section establishes an office of the minority and women-owned business enterprise statewide advocate within the Department of Economic Development. The advocate will act as a liaison for the minority and women-owned businesses enterprises (MWBEs) to assist them in obtaining technical, managerial, financial and other business assistance for certified businesses and applicants. Furthermore, the advocate shall investigate complaints brought by or on behalf of MWBEs concerning certification delays and instances of violations of the law by state agencies. In addition, the statewide advocate shall establish a toll-free number at the Department to be used to answer questions concerning the MWBE certification process.

Section 312: Equal Employment Opportunities for Minority Group Members and WomenUnder this section, state agencies and the Director of the Division of Minority and Women's Business Development must act to ensure and promote equal employment on state contracted projects.State agencies must include the following contract provisions in all state contracts in regard to work performed within the state:prohibition against discrimination in employment;solicitation of statement of nondiscrimination from unions and employment agencies;nondiscrimination clause in employment solicitations and advertisements;application of similar clauses in all subcontracts except those which ( 1 ) are unrelated to work on the state contract and (2) duplicate or conflict with federal EEO law.State agencies are also charged with monitoring contractor compliance with the law. In determining compliance with state equal employment requirements, these agencies shall waive application of state equal employment provisions where they duplicate or conflict with corresponding federal laws. Where a contractor fails or refuses to comply with equal employment requirements, state agencies may recommend corrective action to the Director.The Director promulgates rules and regulations applicable to equal employment of minority group members and women on state contracts. Under these regulations, contractors must submit a plan of efforts to use minority group members and women after bid opening and prior to the award of the contract. Contractors and subcontractors may also be required to submit periodic compliance reports on their equal employment activities.

Section 313: Opportunities for Minority and Women-Owned Business Enterprises (M WBEs)This section requires the Director to promulgate rules and regulations to ensure that minority and women-owned firms are awarded a "fair share" of state contracts. These rules:require contractors to submit a minority and women-owned business enterprise ("MWBE") utilization plan for each of their contracts;require agencies to review these utilization plans for compliance and notify contractors of deficiencies;allow contractors time to correct the noted deficiency and or request a complete or partial waiver of compliance with goal requirements; agencies must evaluate "good faith" attempts to comply in deciding whether to grant or deny waiver requests;grant contractors a right to submit a complaint to the Director when an agency fails or refuses to issue a requested waiver, and similarly, allow agencies to submit a complaint to the Director for contractor noncompliance;state that failure to correct noted deficiencies in a utilization plan is grounds for disqualifying a bid or proposal, and that the contractor is entitled to a hearing on the record on the disqualification. The decision rendered as to the disqualification is reviewable pursuant to Article 78;allow the Director to first attempt to resolve non-compliance complaints before referring the complaint to arbitration;require agencies to include an arbitration consent clause in bid specification;provide that the Federal law(s) apply where there is a conflict or duplication on the issue of MWBE obligations.

Section 314: Statewide Certification ProgramThis section requires the Division of Minority and Women's Business Development to conduct a certification program and to prepare a directory of certified minority and women-owned firms. This Division has promulgated rules and regulations specifying criteria for approval, denial and revocation of certification. Appeals of certification determination will be heard by independent hearing officers, if requested by the applicant within thirty (30) business days of notice of a denial decision. After hearing the appeal, the independent hearing officer will issue a recommended order (decision). The Director will issue a final order (decision) within 30 days accepting, rejecting or modifying the recommended order. The Director's order will represent the final determination on the application but may be appealed under Article 78.

Section 315: Responsibilities of Contracting AgenciesUnder this section, state agencies have the following responsibilities:to monitor contracts and recommend corrective action to the Director where appropriate;to comply with rules and regulations promulgated by the Director;to make available a current copy [copies] of the directory of certified minority and women-owned firms to prospective bidders and to contractors;to report activities undertaken to promote M WBE contract participation and employment of minorities and women to the Director; andto generally provide such information and assistance as necessary to carry out the intent of the statute.

Section 316: EnforcementThe Director is required to take the following actions to promote participation by minority and women-owned firms on state contracts:attempt to resolve complaints made by either a contractor denied a waiver, or an agency against a contractor for noncompliance;refer unresolved complaints to the American Arbitration Association for recommendations;adopt, reject or modify arbitration determination; the Director may not, however, impose a new greater sanction, penalty or fine than that recommended by the arbitrator(s).

Section 317: Supersession ClauseThe provisions of Article 15-A supersede any other provision of state law which mandates or implements programs of equal employment opportunity or minority and women-owned business participation in actions by state contractors to which the article apply. However, provisions of state laws which are not superseded but which mandate such programs shall remain unimpaired by the article except that such laws shall be construed as if the provisions of subdivisions five, six, seven and eight of section 313 and of section 316 of Article 15-A were fully set forth therein and made applicable only to complaints of violations of such laws that occurred on or after September 1, 1988.This section also permits voluntary affirmative action efforts by contracting agencies to secure participation by M WBEs with regard to banking relationships, the issuance of policies or contract for the sale of bonds, notes or other securities.

Section 318: Severability ClauseThis section states that if any part of this statute is found invalid by the courts, the remaining parts will continue to be valid and enforceable.